Paris-Nice is a race that has it all. Explosive mountain stages loom at the end of a series of twisty, technical races in classic style. Although dubbed The Race To The Sun, there’s often a rainy and chilly mix of spring weather added to enhance the drama.

Classics stars such as Wout van Aert are sure to make an impact in the early stages of Paris-Nice, but this is ultimately a race for overall contenders.

Read on for FloBikes’ top four favorites to take the yellow jersey at Paris-Nice 2022.

In 2021, Primož Roglič won three stages at Paris-Nice, but lost the overall victory after two dramatic crashes on the final day of racing. Although Roglič finished 15th overall, he still won the points classification.

Paris-Nice is Roglič’s first stage race of his more conservative 2022 season. The Slovenian’s form may not be as dominant in this year’s race, but if he stays on his feet he is a safe bet for overall victory.

Climbing specialist Nairo Quintana is off to a perfect start to 2022, having won the overall classification in the Tour de la Provence and the Tour des Alpes-Maritimes et du Var.

Quintana’s climbing ability will be on display throughout the final four stages of Paris-Nice. The Colombian is clearly riding well in 2022, but will he be able to match Roglic’s explosive power? 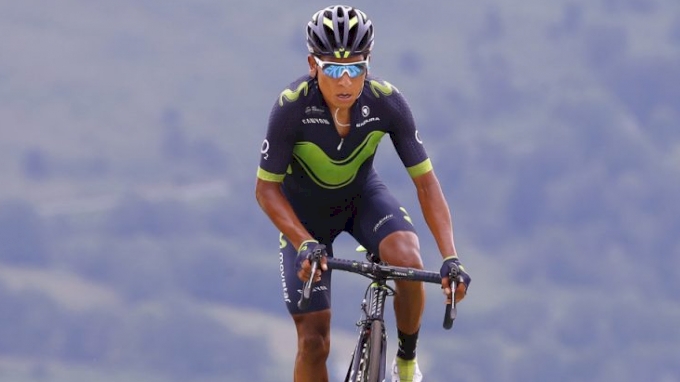 Maximilan Schachmann, winner of Paris-Nice 2020 and 2021, will be back with Bora-Hansgrohe to defend his yellow jersey in 2022.

The German national road racing champion has an uncanny ability to stay calm under pressure, an attribute that serves him well on the winding, technical and often wet Paris-Nice roads. Schachmann is yet to race in 2022, but the German’s cool track record at Paris-Nice speaks for itself.

Interestingly, perhaps his main competition comes from within his team. Aleksandr Vlasov, vice-champion of Paris-Nice last year, finds himself on Bora-Hansgrohe alongside defending champion Maximilian Schachmann. Vlasov is an exceptionally talented young climber who transferred from Astana to the German team in 2022.

Unlike Schachmann, Vlasov had a solid start to the season, winning the overall Volta a la Comunitat Valenciana. Vlasov looks set to take charge of his new team at Paris-Nice, opening the door to the possibility of a controversial victory for Russia in the French stage race.