Georgia plans to expand its use of private financing for new toll roads along the upper end of I-285. The result is a two-lane toll highway network in each direction, from I-20 East to I-20 West.

The GDOT proposes to relieve congestion on I-285 near its interchanges with I-20, on both sides of the city, by expanding the role of private partners who could build two expressways instead of one in these areas. Credit: David Pendered

The plan, unveiled on Wednesday with the support of GDOT commissioner Russell McMurry, expands the existing toll highway plan and the role of the private sector. It would replace the planned one-lane expressway with two-lane expressways for portions of I-285 from I-20 to I-85 to the east and from I-20 to I-75 to the west. The segment between these zones was already programmed with two lanes in each direction.

In addition, these new toll highways, which the GDOT has called Express Lanes, must be very well maintained because the private partner will take care of the maintenance. The incentive to maintain a good state of repair is the toll collected from drivers who choose to pay for the convenience of a trip less congested than that available on the general route, according to Meg Pirkle, chief engineer at the Department of Transport. from Georgia.

The main change to the existing GDOT public-private partnership program is the addition of maintenance to the private partner’s obligations. In exchange for taking charge of the maintenance of a roadway liable to be highly stressed and therefore subject to significant wear, the duration of the contract must be extended from 35 years to 50 years. The additional 15 years allow partners to recover costs and make profits for investors.

The increased reliance on the private sector to fund road improvements comes, coincidentally, as Congress appears to be locked in a debate over funding the Biden administration’s infrastructure proposal. The Express Lane projects were already publicly funded, so the decision to change models was unrelated to the infrastructure bill. Rather, it’s about leveraging more of toll funding to pay for toll lanes, Pirkel said.

“We have a unique opportunity in this heavily congested corridor,” Pirkel said. “With the volume and demand, present and projected, these projects have great potential to optimize private financing. The state must take advantage of it. “ 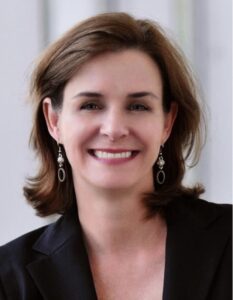 Pirkel presented the new concept on Wednesday at a meeting of the GDOT board committee. The entire GDOT board does not need to act on the recommendation for staff to act on it. GDOT and SRTA should work closely together to carry out the project using the existing authorities of each agency.

“At the end of the day, it’s more project, more value, for less public dollars,” Pirkle said closing his presentation.

GDOT board member Kevin Abel, who represents a district north and west of Sandy Springs, questioned the wisdom of signing a 50-year agreement. Private partners might not adapt their business model if GDOT wants to increase the use of public transport and electric vehicles on expressways, he said.

“Encouraging the use of transit on the 285 would go against the [return on investment] developer’s calculations, ”Abel said. “I want to make sure that, if we want to see the BRT increase the use of public transport, we stipulate that from the start,” Abel said.

Abel endorsed the concepts of transit in the region in a guest column that appeared March 14 in SaportaReport.com.

Pirkle said comments from Abel and other board members will be included in conversations with SRTA as the project progresses. 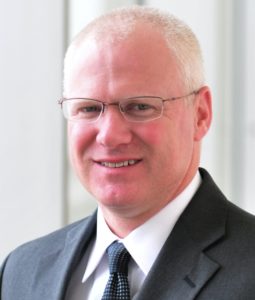 McMurry described his support for the proposal in a statement:

Drivers who use the new toll lanes will not notice any change in their use of the new lanes. The Peach Pass will continue to be used for motorists and transit users who choose to use the express lanes. The private partner (s) will collect fees on the I-285 expressways from the tolls they establish within the contractual limits established by the GDOT and the SRTA. Other expressways in the region will charge a fee which will be set by GDOT and SRTA, the State Road and Tollway Authority.

The construction schedule and potential opening dates are to be discussed at an industry forum GDOT intends to convene later this year. 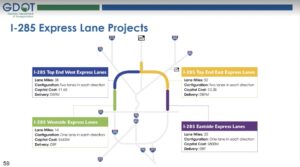 The proposal to expand the role of the private sector would allow the construction of two expressways in the segments of I-285 marked in green and purple on this map. Credit: GDOT

GDOT’s new plan is to build two-lane toll freeways all around Top End I-285, stretching from near I-20 West to I-20 East. The toll roads will be new lanes in the existing road corridor, possibly raised in places, a GDOT official said. The express lanes will be separated by a barrier from the general traffic lanes, Pirkle said. The barrier will improve safety in express lanes and encourage higher speeds for drivers who tend to adapt their speed to vehicles in congested general lanes, she said.

The GDOT approach of outsourcing the design, construction, financing, operation and maintenance of new expressways to the private sector aims to achieve a number of objectives, including: