On the morning of August 16, a day after the Taliban entered the capital and took control of Afghanistan, I received a disturbing phone call telling me that the Taliban were looking for me. It started my frantic efforts to evacuate the country.

The Kabul of August 15, 2021 has nothing to do with the one I experienced in the last three months I spent in the country. It was chaotic, rushed, panicked and disoriented. Everyone on the streets was rushing to a safe place – some inside their own homes, others outside their own countries. The city was congested with traffic, both human and vehicular. The capital was in disarray and a 20-year effort in building civil liberties and liberty was in danger.

I was sucked into the middle of it all. I left that morning to interview a few women at the Department of Women’s Affairs. I wanted to understand how, in light of the changing situation, they planned to execute their rural skills development project with women at 60% of the beneficiaries. The head of the department, also a woman, chaired the safety briefing for his female staff. Although she had witnessed firsthand the Taliban in the ’90s, she was skeptical and strangely optimistic.

â€œWe work for the citizens of this country, in accordance with the rules set by the government. Even if the Taliban come to power, we will work according to their directives. “

Continue reading the article after our video

That hope now appears to have been dashed as the Ministry of Women’s Affairs has been abolished in the newly formed Afghan cabinet.

It was during this conversation, with the all-female staff of a colossal office, that I learned that the Taliban had entered the city. At that moment, all hell broke loose. There was panic and fear in the eyes of the women who built their lives with care and hard work. They were afraid of being pushed into the shadows again – the shadows they had escaped many years ago. The feeling of betrayal was palpable and the death of hope painful to watch.

I was a silent spectator of this scene. It took place before my eyes. I stood there helpless, angry and frustrated. There was very little I could do at this point, my main thought was to return to the safety of my home and plan my exit. I was waiting in the office thinking about my options when the security personnel wanted me, an Indian, to leave their compound, lest I put everyone in trouble. Fortunately, a friend who worked in the ministry stepped in and asked my permission to stay until they found a way to send me home safely.

Looking out the window, I sat there, my view of the street interrupted by explosion-proof walls. I could only hear the panic, I couldn’t see it. My mind conjured up images of roads filled with white vans laden with young Talibs with long beards and kohl eyes, shoulders adorned with guns and RPGs. I didn’t know what was going on outside. I did not dare to look.

But when I found a way home, I found the streets empty, a stark contrast to the manic activity I had imagined just an hour ago. It was eerily silent. People glued to their televisions and strapped to their radios, listening attentively to the plight of their country. Around 1 p.m., the Minister of the Interior confirmed on a Facebook broadcast live that President Ashraf Ghani had left power and fled the country. The fate of 35 million people was sealed. They would now be led by the Taliban, a motley army of Soviet-era soldiers who were driven deep into the mountains when the United States invaded in 2001, only to regroup and return 20 years later with the complete withdrawal of their troops by the Americans.

I took stock of the situation around me, I looked out the window of my 9th floor apartment in the city center, still hoping to be able to take the August 18 flight, the one I had booked a month before, to be at the house in india for Raksha Bandhan. But now it looked like the next three days could be the longest of my life. Meanwhile, more disturbing news began to arrive. People were rushing to the airport in a last ditch effort to leave the country. I watched with absolute horror, the commotion, the occasional gunfire that pierced the skies of Kabul, plumes of smoke from the American Embassy in the distance, Chinook helicopters circling back and forth between the American Embassy. and the airport, transporting their citizens to safety.

I tried to call the Indian Embassy to find out what we should do. No one answered the phone. I left some there. The situation seemed alarming but I already had a plane ticket, I knew I could eventually leave.

But then, late at night, the US State Department announced that the airspace was closed and all commercial flights suspended until further notice. My worst fears were coming true. I was now all alone in a hostile land with no way out.

For some reason, I was hoping the airspace would open up again in a day or two. I could board my designated flight and return to my country unharmed. I was wrong.

The next morning I woke up with a message from my roommate.

â€œThe Taliban came to pick us up from our old house. Apparently they were complaining that we weren’t brooding properly.

At this point, I lost all semblance of the world around me. The air was loaded with rumors that the Taliban were conducting house-to-house searches. It was only a matter of time until they found out that we are still in the country. I couldn’t risk falling into their hands.

In my moment of frenzy, I deactivated my social media accounts and eliminated my online visibility. I started calling friends at government offices to find a way to evacuate. I asked my parents to put pressure on the Indian Ministry of Foreign Affairs. I don’t know what worked but in the middle of the afternoon the embassy coordinator, the same one who had avoided my calls, called me back and asked me to reach the embassy within 2 hours. following. My request for an embassy vehicle to pick me up was refused.

I was really all alone. So I decided to take the risk. 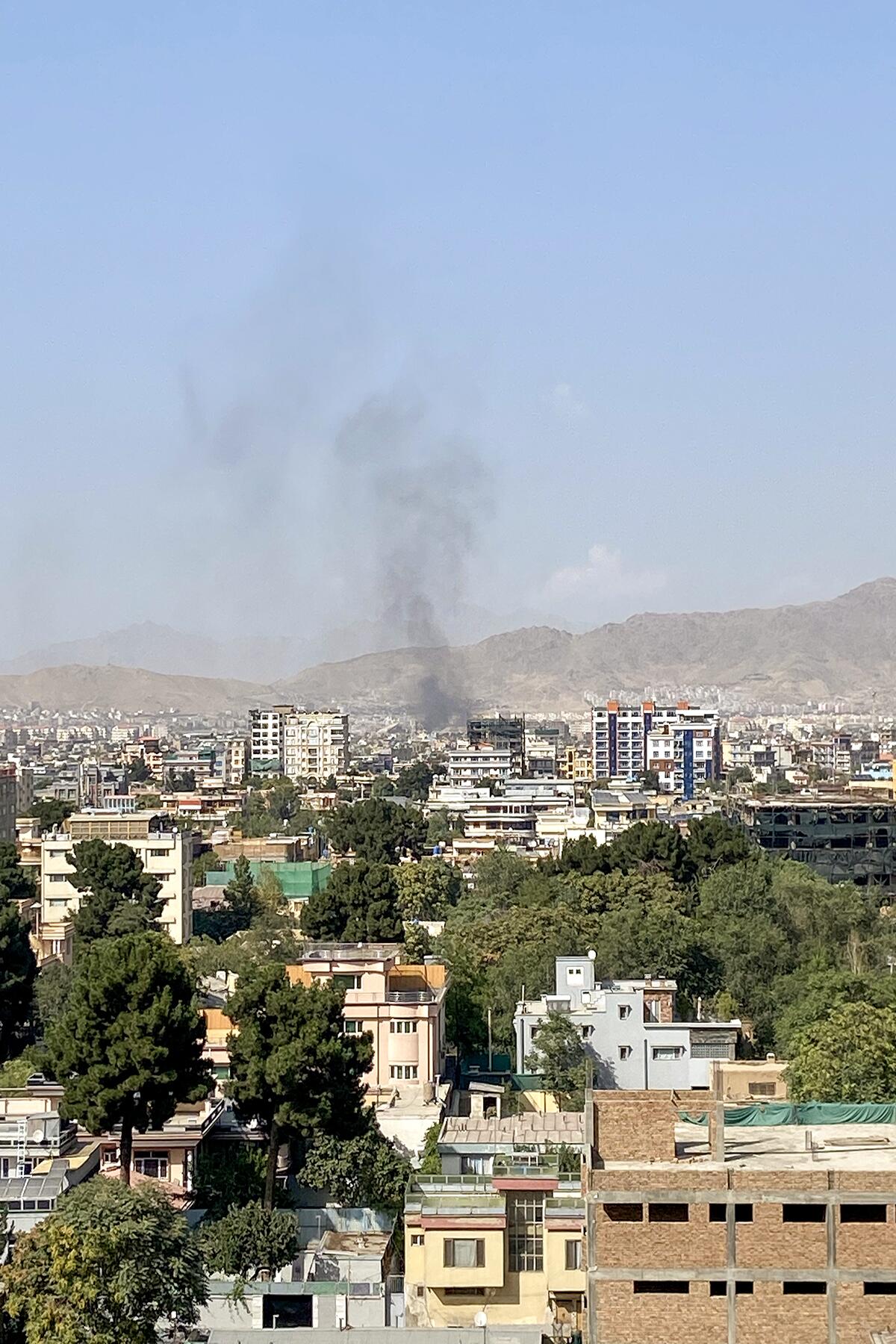 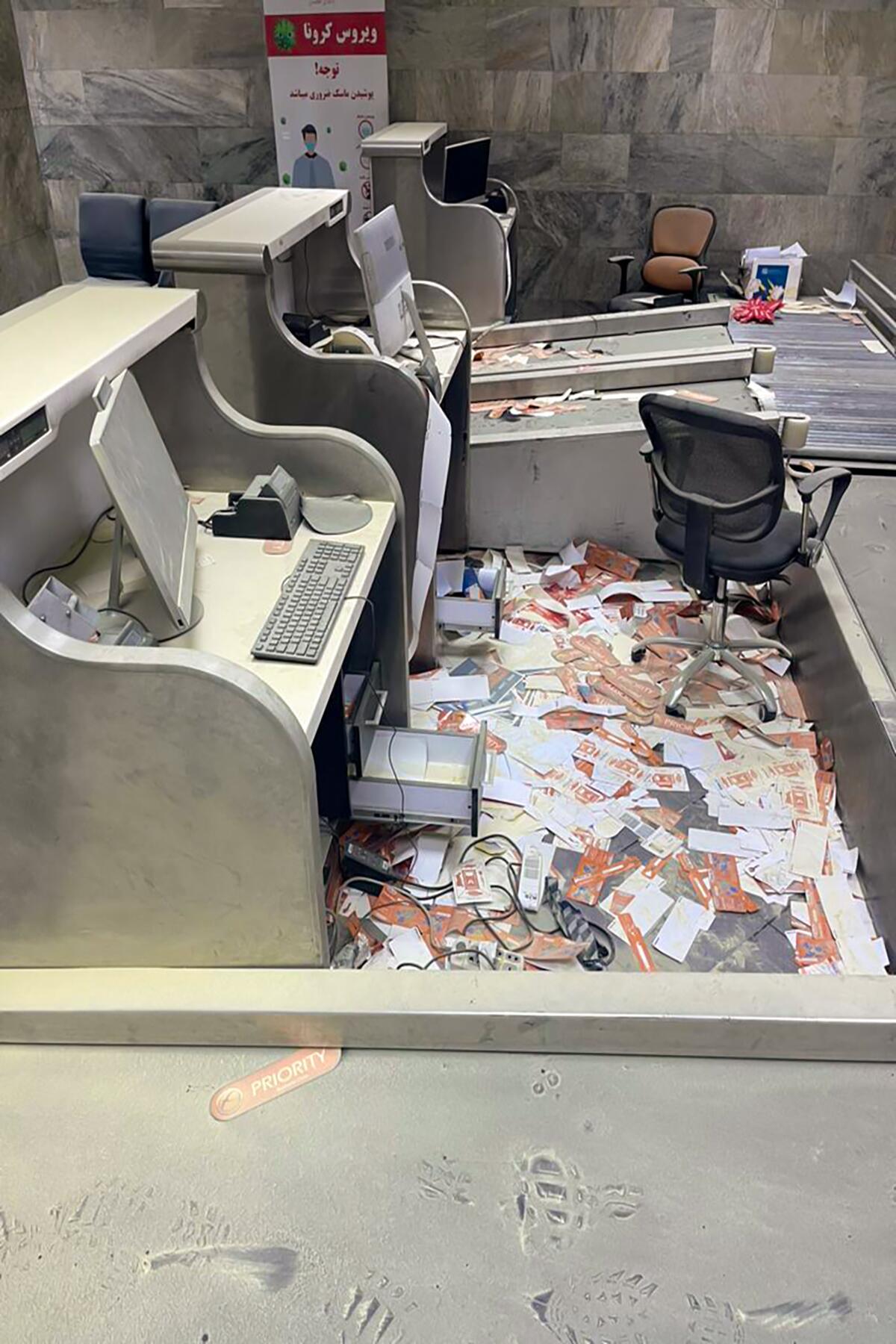 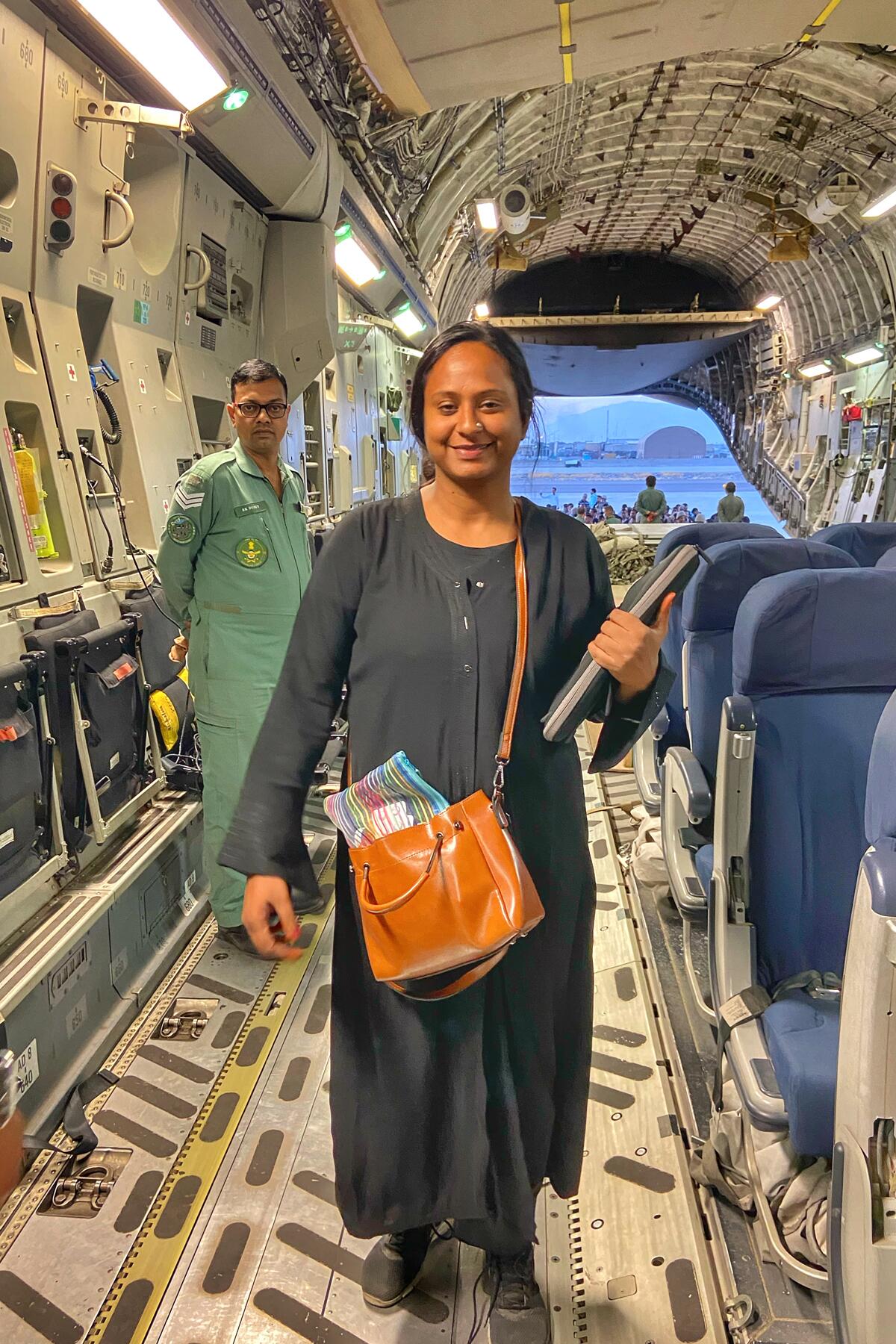 1. Smoke over Kabul.Kanika gupta 2. Abandoned offices at Kabul airport. 3. The author on board his evacuation flight.

With another Indian journalist, I took a taxi to Wazir Akbar Khan’s green zone in Kabul, the area where all the embassies are located. The checkpoint, which was previously guarded by the police, was now held by the Taliban.

They refused to let us in and asked us to leave. I called the embassy coordinator to ask them to let us in. His response: â€œSorry, we can’t talk to them. Please negotiate your entry. Use the woman card.

Exasperated, too tired to argue, I decided to follow the Embassy’s suggestion – I used the woman’s card. He failed miserably. They refused to speak to me, recognize me, or pay attention to my request. After two hours of struggle, back and forth with the embassy, â€‹â€‹we were finally allowed through the checkpoint and into the security of our embassy.

From that point on, our security was facilitated by the Taliban outside the airport and US and Turkish forces inside. It was devastating to see all the people waiting outside the perimeter of the airport, waiting for the doors to open just enough for them to enter. .

I was wondering what would become of Afghanistan when a silent tear rolled down my cheek. I looked around the tarmac, the commotion spread out before my eyes in small images: broken shoes and empty water bottles strewn all over the place. I felt guilty for running to a safe exit when there was a need for reporters to stay behind and tell the story. But I also knew that I could only tell these stories if I was alive. I will never know if I made the hasty decision to leave the country at such a crucial time. But I felt good then and I’m happy to be home, to be safe.