The Clan Hotel tells a story of heritage. It embraces and relives the rich history of clan associations, a place where settlers sought comfort and settled in their homes.

More than a simple boutique hotel, its vision is deeply rooted in Asian values. To underline their connection to heritage, The Clan Hotel joins forces with an assembly of local artisans who each embody the community spirit. These local artisans are the epitome of the hotel’s identity, creating impeccable spaces and experiences for its guests.

This partnership, considered The Clan Collective, is a program and network comprising local artisans, artists and influential figures who are widely regarded as the stewards of Singapore’s culture and heritage.

HOW YOU DRESS INFLUENCES HOW YOU ACT

Upon entering The Clan Hotel, culture has already greeted you at the doorstep. The hotel staff are dressed from head to toe in uniforms designed and created by one of the profiles of The Clan Collective, Chong Han San.

The founder of the local boutique, “Q Menswear” located in the streets of Telok Ayer, spent 20 years as a fashion designer and 15 others specializing in bespoke men’s clothing. Han San is one of the country’s most acclaimed designers and firmly believes that his craft has the ability to impact another person’s life.

20 unique designs were made to fit and masterfully sewn by Han San and his team of tailors for The Clan Hotel. All of the uniforms are varied, affordable and finished with an oriental touch, a nod to Han’s experiences during his entrepreneurial journey. The hotel lobby is adorned with floor-to-ceiling structures covered with heritage objects. Your eyes are sure to dwell on “The Pact,” a cascading structural work of art from the ceiling, curated by master artist, Grace Tan. 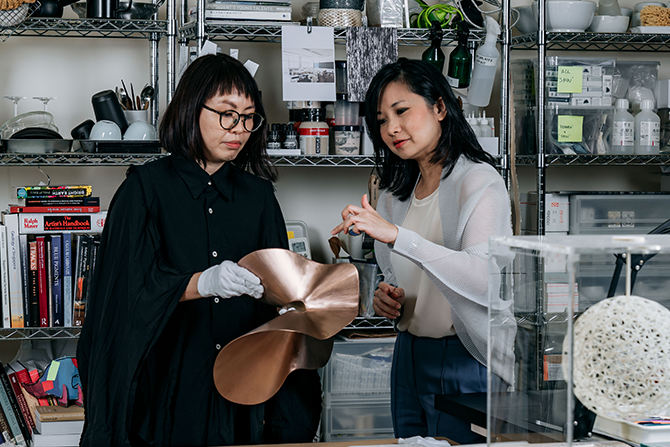 With roots in fashion design, Grace is a multidisciplinary artist. Her pure and passionate energy is released when it comes to art, and her love for the material shapes her creative practice. She is intrigued by the origins, heritage and cultural significance that must come together to make sense of a work of art.

She was inspired by her own story of “community” during her early stages of development for “The Pact”. The phrase “stronger together” on the Clan Hotel manifesto reminded her of her true friendship with Stephanie Fong, founder of the FOST gallery and longtime Grace gallery owner. It was Stephanie’s encouragement that drove Grace’s creative exploration. Drawing on her own personal experience, she translated the abstract concept of “community” into something tangible. ‘The Pact’ is inspired by a paper folding technique called Golden Venture. This geometric origami technique was born from a group of Chinese migrants who found themselves in a foreign land, in a manner quite similar to the migrants who settled in the Telok Ayer neighborhood. It is more than a focal point of the lobby. It’s an apt metaphor for bringing communities together in a beautiful medley.

AN ANCIENT CULTURE BEYOND GOT

At The Clan, meals are more than hunger relief. Dr Leslie Tay is no stranger to the foodie community and is well known for his blog, ieatishootipost. He’s come a long way since his persistent journey to find the best food from hawkers across the island, as he now sits on Singapore’s Hawker Center 3.0 committee. Spending over 15 years documenting his favorite hawker dishes, Dr Leslie is now leading efforts to save the local hawker culture. Working together to bring an age-old culture beyond taste to Clan Hotel guests, Dr. Leslie brings together some of these native hawker heroes in the creation of The Clan Daily Special.

It consists of a delicious assortment of dishes from local hawkers, including charcoal-grilled satay, traditional nasi lemak, and local favorites like fishball noodles and laksa. The meal is a reminder of how hawkers spend their entire lives perfecting a single recipe, and it’s the craftsmanship that makes them unique. This culinary journey hosted by The Clan Collective represents the diversity of Singapore’s culture, with each dish prepared giving guests a taste of nostalgia – with tiffin metal racks – for an extra warm touch.

Likewise, it is the sense of familiarity that designer turned entrepreneur Ivan Yeo is determined to recreate. Chef and co-founder of The 1925 Brewing Co. with his brother EK and uncle, their business is steeped in heritage. The year 1925 is a tribute to the year his late grandfather was born, and the bar’s signature beer, like Yellow Van Pale Ale, is inspired by the van he drove. From ingredients to labels, many of Ivan’s creations are influenced by his Teochew roots.

Their business is also run according to the key principle: brother first, partners second. Their goal is to inspire a sense of family belonging by meticulously crafting each note, and they’ve managed to achieve that with The Orient Brew. 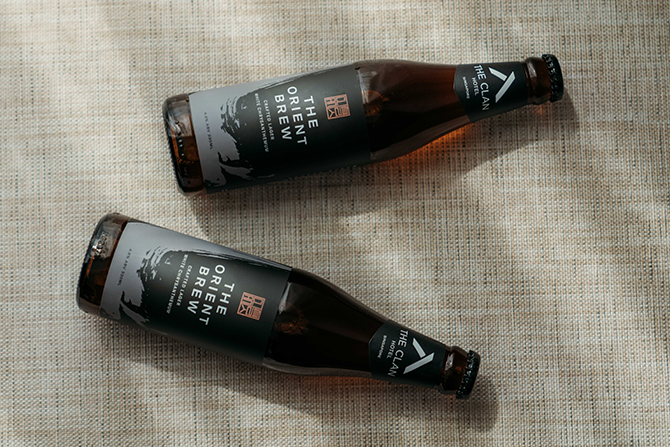 Brewed with familiar notes of white chrysanthemum – an ingredient used to brew herbal teas in almost every Chinese dialect group in Singapore – The Orient Brew sums up a taste of Chinese tradition. It appeals both to those who know it well and serves as an introduction to something new for those who do not know it. 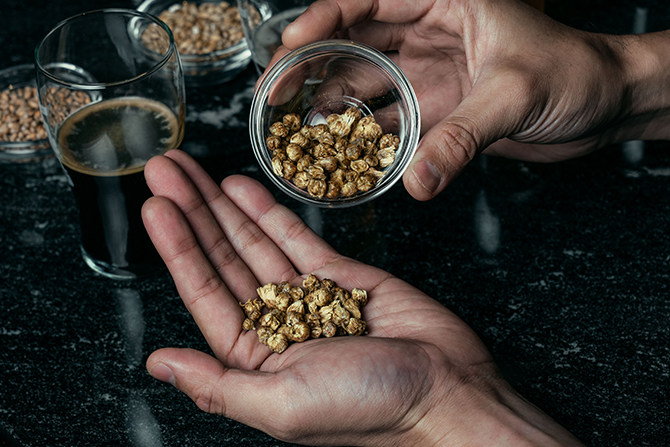 For EK and Ivan, The Orient Brew is the equivalent of their cherished weekend family potlucks. It’s a casual drink that like-minded people can come together and have lively conversations.

With The Clan Collective, The Clan Hotel becomes more than a simple ephemeral visit. It is a place where you can feel connected to the heritage that surrounds it and reconnect with its roots.