In June 2019, mountaineer and filmmaker Graham Zimmerman left with his three climbing partners to face an unclimbed face of Karakorum: 7,041m Link Sar.

The rarely touched, never-before-summit Sar link (M6 + Wi4 90 Â°) rises 2300 m from the advanced base camp to the summit. The exceptional company earned Zimmerman and his partners Steve Swenson, Mark Ritchy and Chris Wright the Piolets d’Or in 2019.

Their stay in Pakistan turned out to be great from the start of the three-month expedition. A “simple stumble” disaffected Zimmerman’s left ankle only eight days later, relegating him to tent rest. Meanwhile, his partners forged a path to the forward base camp.

In addition, the conditions were not what they expected on their previous trips to the Karakorum. The summit experienced one of the snowiest winters in memory, making avalanches even more likely than usual.

Not to mention the mental acuity, physical endurance and general courage that a deeply technical alpine route like Sar link demands of those who court her. There is also the risk inherent in the business.

But when the accomplished climber and climate activist recalls the trip, none of these things seem to be in the foreground of his mind.

Zimmerman spoke to ExplorersWeb about his new movie, which premiered earlier this month on EpicTV. His ideas, his ambitions and his perspective go far beyond mountaineering. 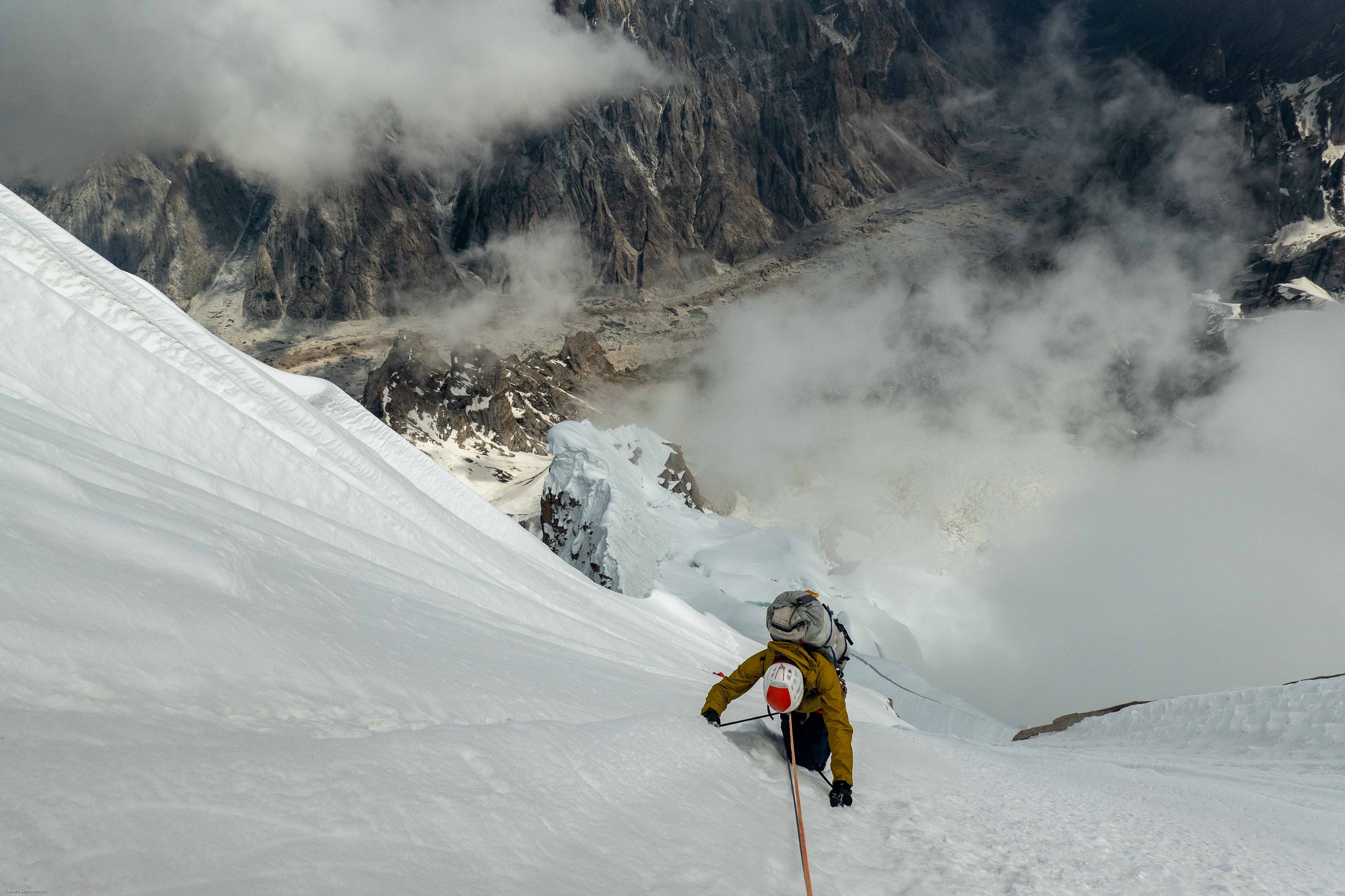 It wasn’t your first time filming and escalation; you’re pretty good at it. But how did you start to do these two difficult things at the same time?

I started climbing 20 years ago, and you know when I started it was really a thing for me. It was this thing that I was focused on, that I was in love with. And I didn’t really care what other people thought – I didn’t think about it.

Storytelling is the best way I’ve found to do it, and it started 10 or 15 years ago. I was just trying to capture experiences and share them. You know, inspire people to rock climb or do hard things.

And that has developed by using mountains as a tool to drive climate policy and climate action, especially around change in our governmentâ€¦ And having that [visual] the content when you tell these stories is super helpful.

I made speeches in Congress with [these videos]. I did a lot of federal lobbying by meeting face-to-face with various senators and representatives. And I’ve spent a lot of time lobbying the community and working with our local representatives and county commissioners here in central Oregon.

Building this movie was fun for me because a lot of what I do has to do with the climate or intersectional social justice, or supporting different organizations. But this movie explains why I love rock climbing and partnership. 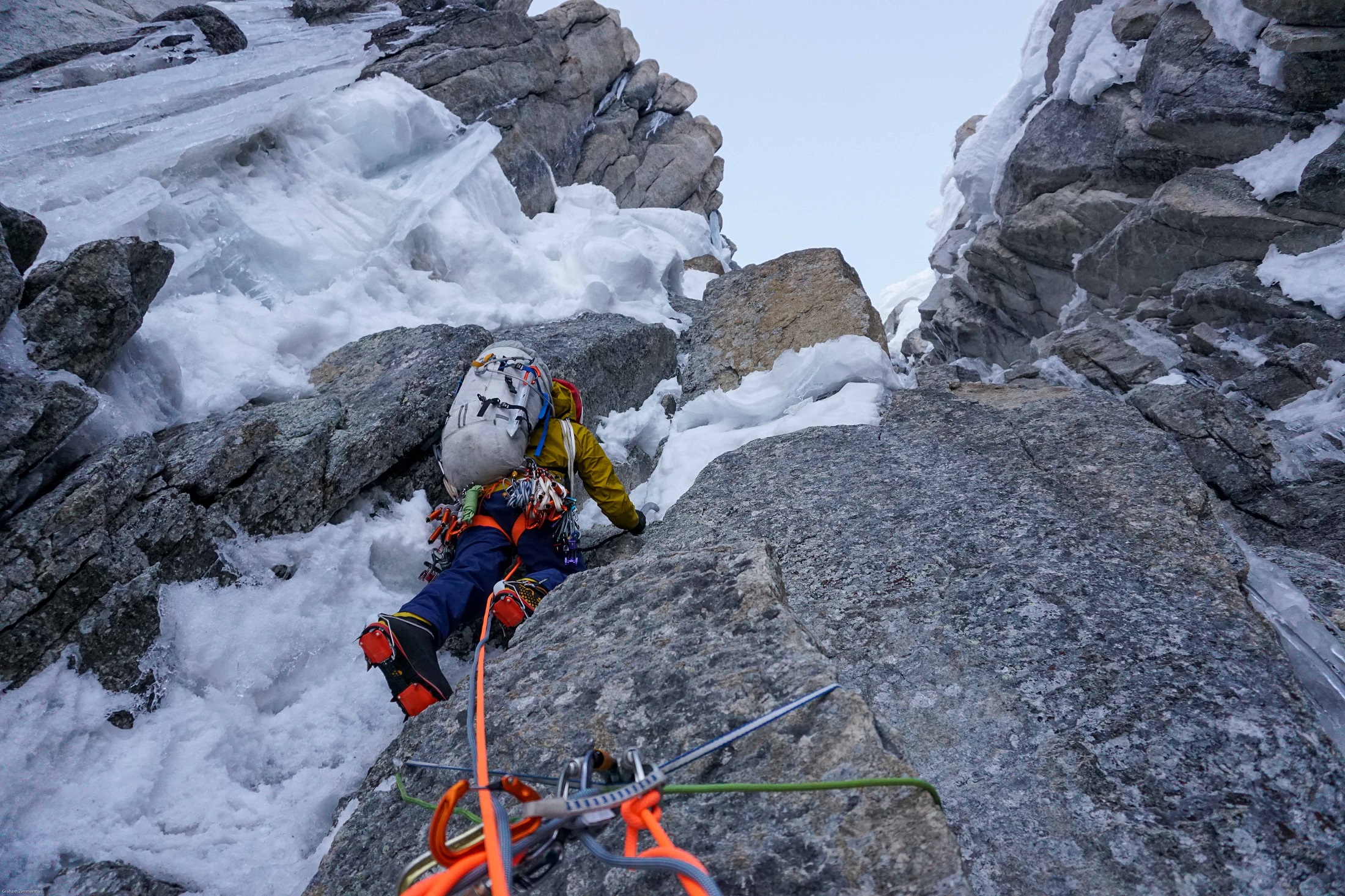 You seem very connected to your people but also very dedicated to your goals. How does this influence your approach to something that tests you as deeply as Sar link made?

For me, one of the most powerful aspects of mountaineering is the partnerships. And in the movie, we explore my friendships and partnerships with Steve, Chris, and Mark, while we’re up there on the road. But I hang out with these guys outside of rock climbing all the time.

Sure, there are goals to achieve great things for ourselves – and that’s something I find really cool – but it’s just not the taste for rock climbing that I’m passionate about.

[If] we look at major innovations around the world, whether it’s the creation of the modern computer or modern medicine, they all happen between teams. And for me, climbing is the same. As a team, we can be more secure; we can have more energy and mental bandwidth to devote to a goal. And what ensues are super intimate and powerful friendships and partnerships. 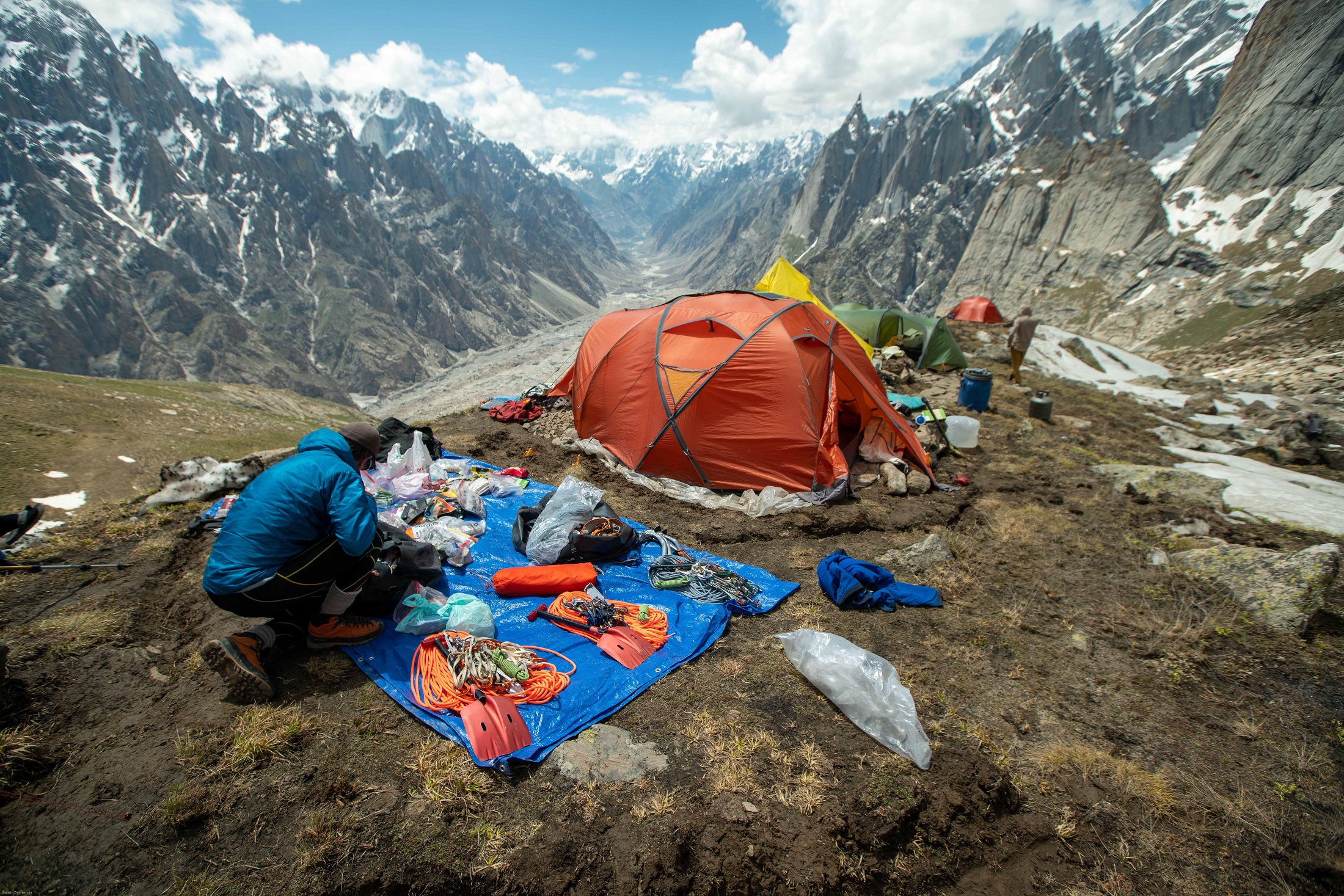 If you could pinpoint one meaningful moment of the experience in the context of the film, what would it be? Falling from 100 feet must have been intense.

The most powerful parts, for me, are those quick hits right at the end [of the film]. Those [high-alpine] the experiences are so intense. [Spending] nine days on this pretty real and serious road was amazing.

But when we look at what our real goal is on an expedition is to come home safe, to come home. [as] friends, and coming home after reaching the top, in that order.

When we got down we had this moment before we left and called our wives and girlfriends, before we parted ways with our own hyper-intimate team. There was that moment where we kind of just sat there for 15-20 minutes at forward base camp, and we were able to maintain that privacy.

The photos you see at the end were taken when we got off. It was like, we gotta hold on to this [moment]. We all managed to descend safely. We are in one piece. We had reached a peak. And we were able to kind of keep this very, very close partnership. It was special. Then we all left, took cell phones and started calling loved ones, so we kind of broke up at that point.

Jilli grew up in the rural mountains of southern Colorado before moving to Texas for her college education.
After seven years in business consulting, she learned about sport climbing. In 2020, Jilli left her corporate position to pursue a life focused on the outdoors.
She now works as a material contributor, editor and tester for ExplorersWeb and various other outlets within the AllGear network.
She is based in Austin, Texas where she settles in with her climbing gear and blue one-ear heel, George Michael.