A new study ranks Texas as one of 19 states where residents have student loan debt that is greater than their state’s total budget.

Interestingly, the majority of states where student debt exceeded state budgets – 13 out of 19 – were states that Donald Trump won in the 2016 election. 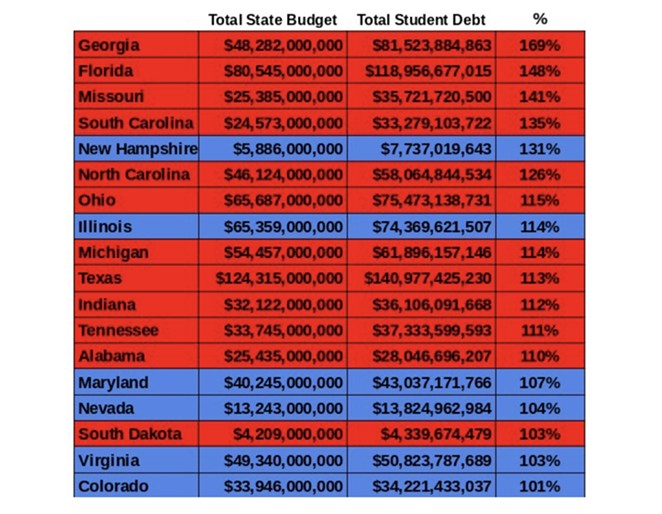 The country has a total student loan debt of about $ 1.6 trillion, with about $ 100 billion in annual interest, according to Student loan justice.