When I was a kid there was an old canal path down the hill from my house. If you took it far enough downstream, you could go all the way to Washington DC. This fact stuck in my head. I wanted to get on my bike and keep riding until I saw the Capitol – but I never did. It was just too far.

A few miles upstream, along the same path, the river crossed a mountain and turned into rapids where it crossed another trail. This announced an even more improbable adventure: 1,100 miles north to Maine, 1,000 miles south to Georgia. At the end of each spring, a scruffy team of tired-looking hikers passed by. They never seemed too interested in chatting – they had come a long way and still had a long way to go. If they were talking about anything it was about Harpers Ferry, how happy they were to be almost there or how sorry they were to leave. And that’s how I learned that the village below the cliffs, with its tall brick steeples and Civil War traditions, was the “psychological midpoint of the TA.”

I had to see where this trail ended, even though I couldn’t walk it, and for some reason my parents made me happy. So the summer I was eight, we packed up the car and drove to central Maine, where we camped by a creek exotically named Nesowadnehunk. We took a full day to climb Katahdin, starting before dawn and climbing knife edge to the top. My parents told me they seriously feared for my safety, but I didn’t know any better and loved every minute of it. When I saw the sign at the top, surrounded by a hill of stones and those same scruffy tramps shedding tears of joy, I felt nothing less than awe. 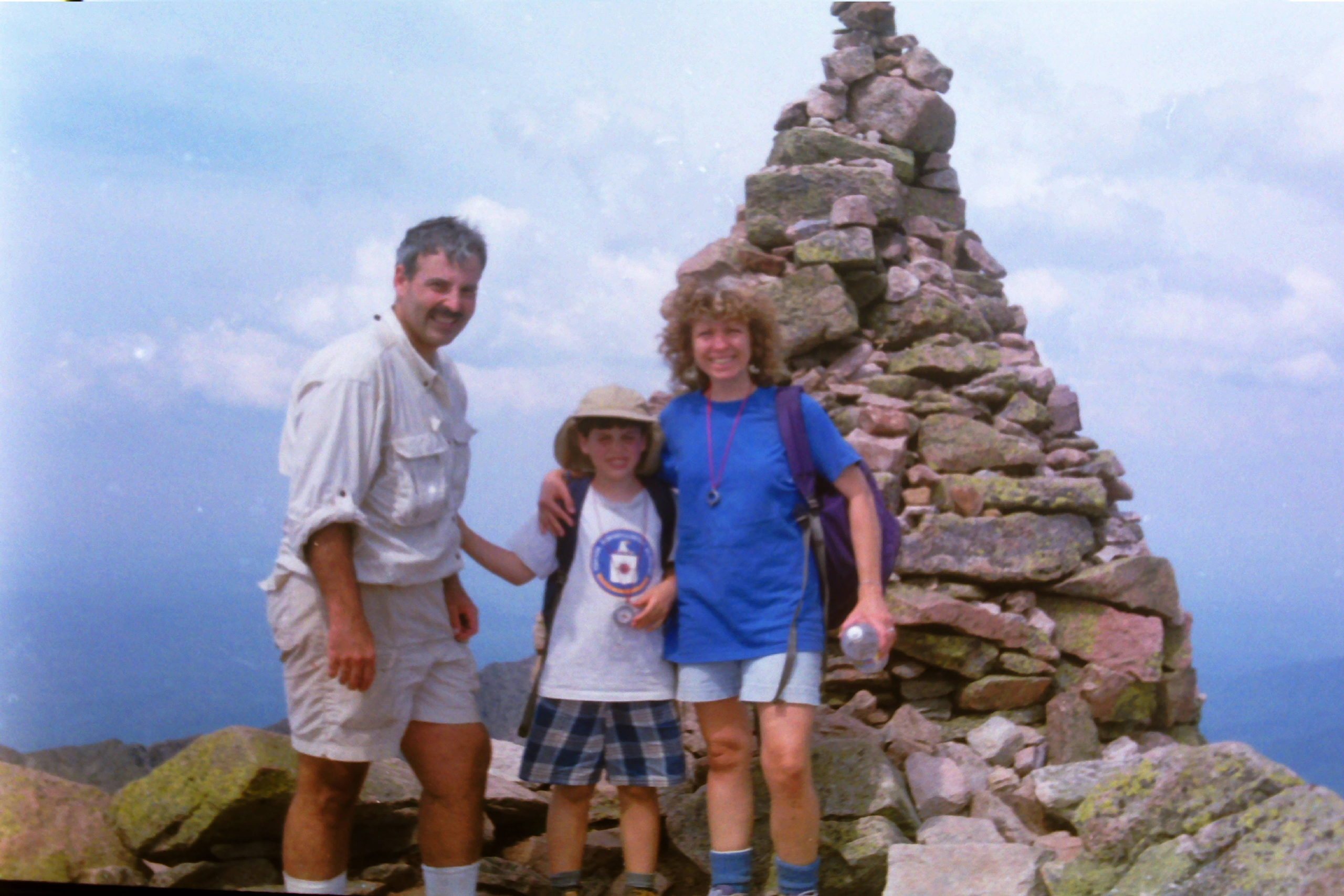 The Freeman family has reached the top! (thanks to my dad for pulling this out of the archives :-))

My life has taken many different directions since then, but I’ve kept my love of hiking. With that came my dream of one day, somehow, doing the Appalachian Trail end to end. The problem is that it always seemed impossible, which the complex logistics of modern society did not allow me to do. In college, when a colleague told me that she was doing the PCT once her postdoc was finished, I was green with envy. How could I make this work?

For a long time I thought I could never do it, then the pandemic hit. My virtual freelance life suddenly became normal, while everything I was used to in city life suddenly disappeared. So I took the opportunity to turn back towards the woods. 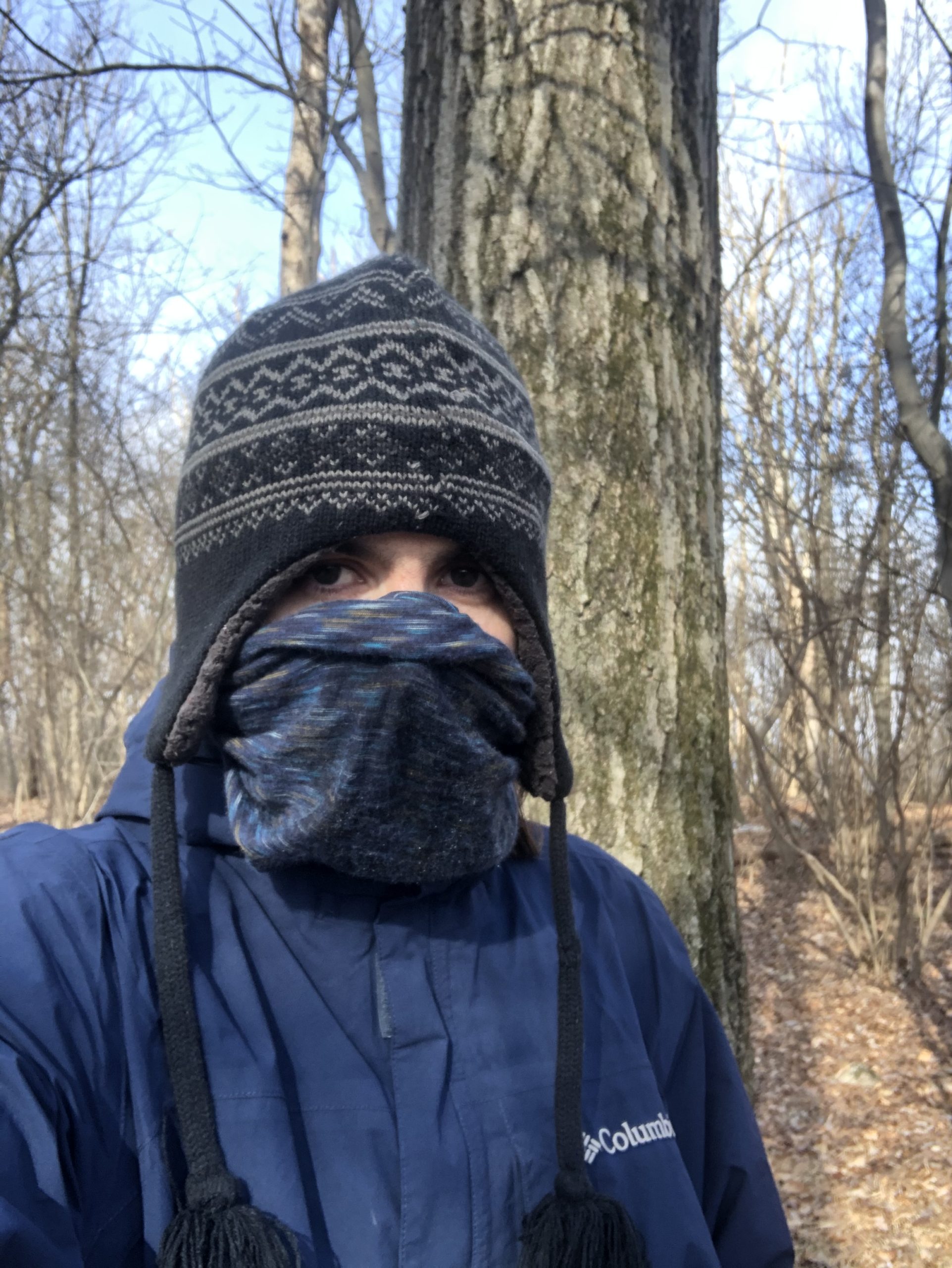 Go out for a hike in a particularly cold and windy section.

It was June 2020 when I did my first solo backpacking, going south from Harpers Ferry along the trail. I only wanted to go to Snickers Gap but it was so good that I kept riding the roller coaster, stayed an extra night and ended up at Ashby Gap the next day. I followed this up with a 59 mile end-to-end trail in northeast AP that had been on my mind for a while. Then I started doing AT sections in Pennsylvania, 40-50 miles during the winter whenever I could get a ride. When I couldn’t I would go to a state forest in the Alleghenies and do a loop.

Last summer I had hiked almost the entire trail from Delaware Water Gap to Front Royal. I decided to do one last section with my wife: the northern half of Shenandoah National Park. We ran into a guy from Ohio who was also doing a walking vacation for a week, and we discussed how I’d like to do all the AT one day. Suddenly it was obvious: the right time was now. I had all the skills, I was already in good shape for the hike, and as a contract worker, I could negotiate a long absence more easily than once I got a “real job”. I decided to make it work, and the week we got back, I announced that I would be hiking the Appalachian Trail in 2022. 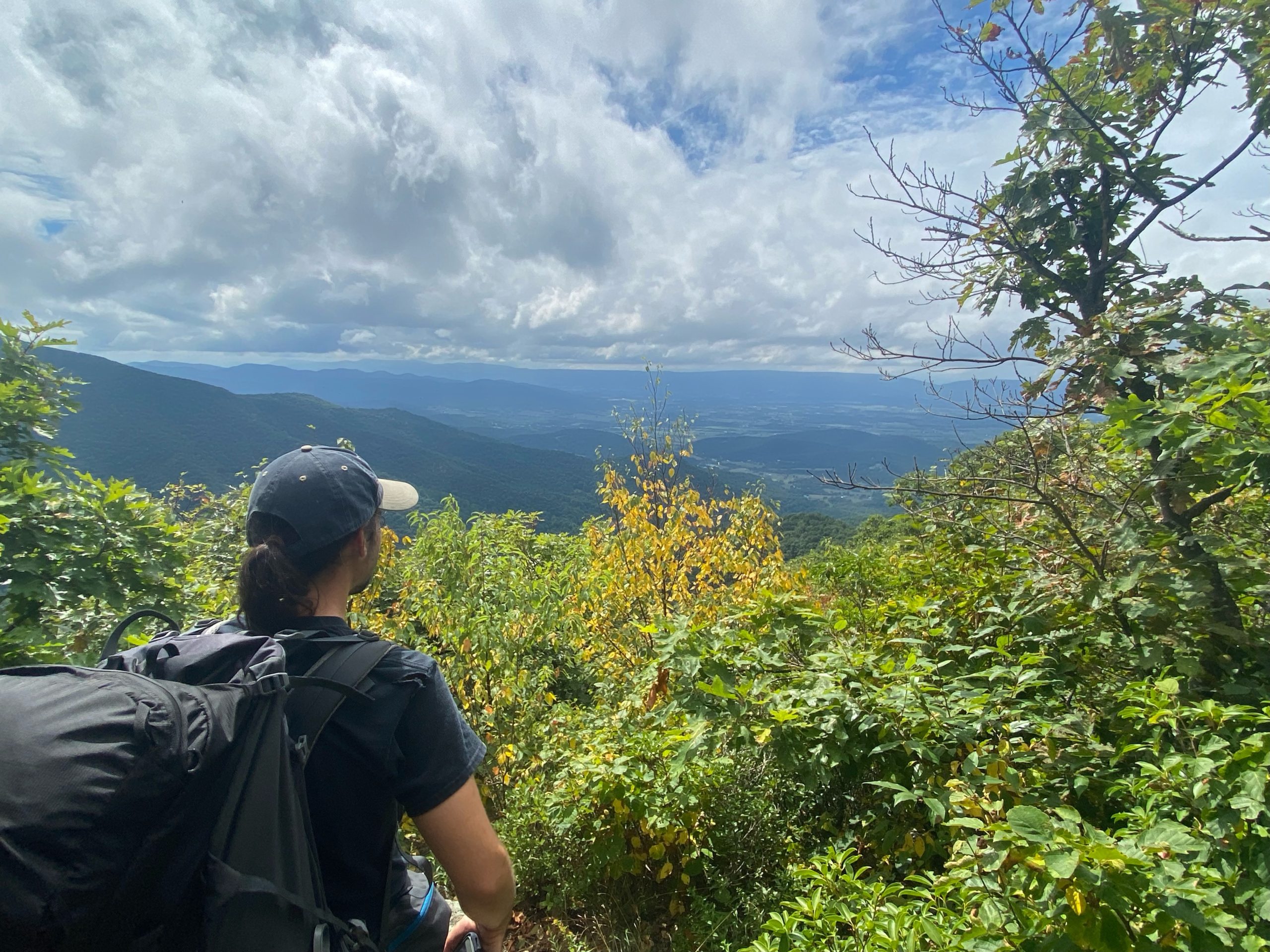 Me contemplating a view near Skyland (photo by Andrea Smith)

It was seven months ago. We are in March and I start in nine days. I have all my gear, have tested most of it and think about all the last minute things my anxious brain can’t help but worry about. Power bank charging times, snow in the Smokies, the mechanics of rehydrating dehydrated foods. But mainly? I’m just excited to finally start my journey. It’s been a long time coming.

This website contains affiliate links, which means The Trek may receive a percentage of any product or service you purchase using the links in articles or advertisements. The buyer pays the same price as they otherwise would, and your purchase helps support The Trek’s ongoing goal of providing you with quality hiking advice and information. Thanks for your help!